Here is a picturereport from the BJJ-course in the UK (1st-4th of march 2007) held by August Wallén and Martin Janson in Ripley, UK. Thanks to Dave Morris and the guys at Tap or Snap for the hospitality! 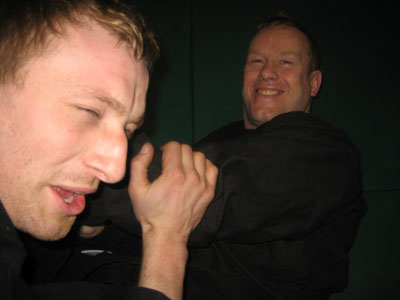 Shaun getting choked by Dave 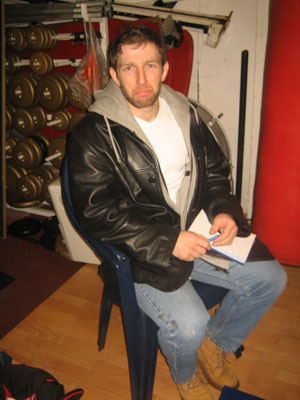 Billy Beckers from Dundee had an injured back and couldnt participate. Thats why he has such a sad face. 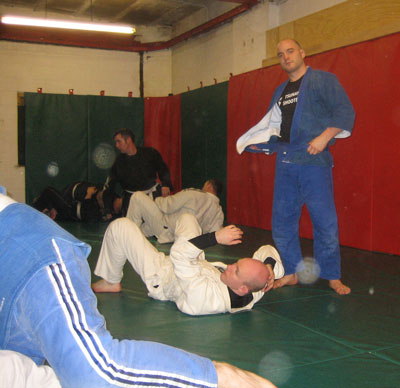 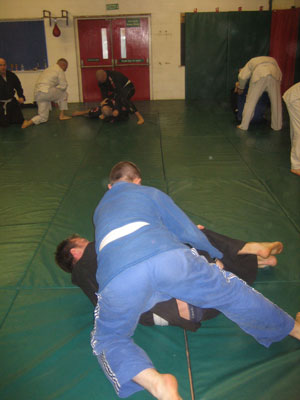 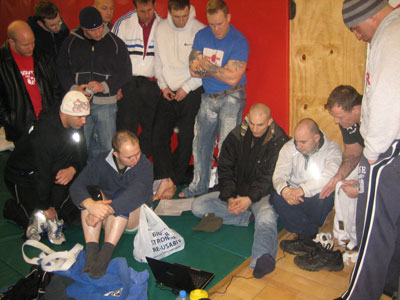 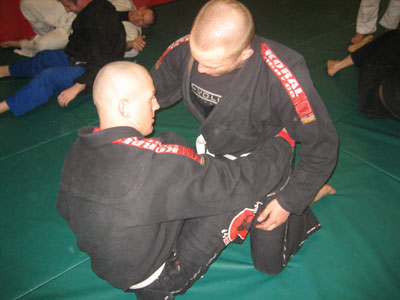 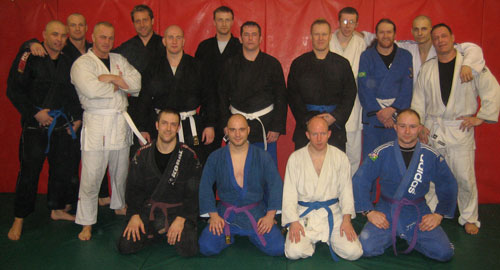 Here we have a group-photo from the last day at the BJJ-course, as you can see it looks like some guys got their new belts before the photo?

See the full story below…

When you get your new belt in BJJ there is a tradition of your buddies whipping you with there belts to congratulate you, there is a saying: ”If you dont like the guy, dont hit hard…” (you get the point) 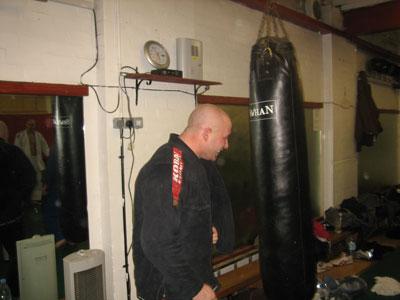 First out was Neil, he was so quick that Billy had a hard time catching him with the camera 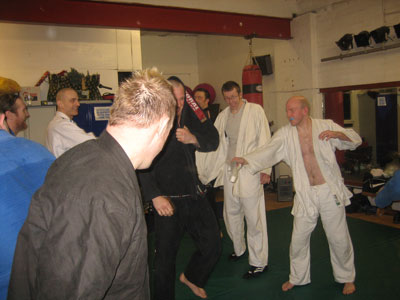 After Neil had made his walk of pain, we introduced the concept of "taking it like a man". Thats why you can see Christian (and the guys after him) walking slowly down the corridor. 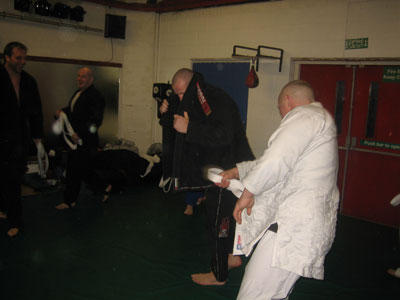 Wayne having a good time on Christians behalf 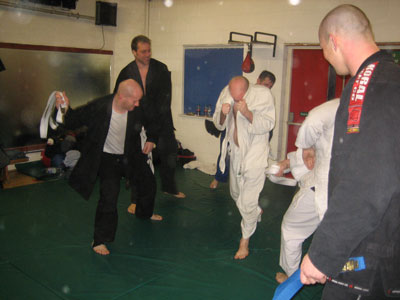 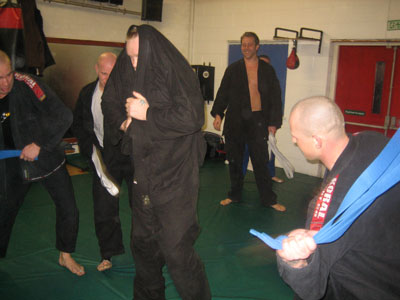 Mark "the farmer" getting whipped

Finally its Robbies turn! (btw. Robbie, can you see who that is swinging at you from your blind angle?) 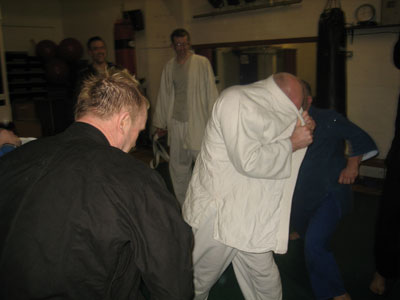 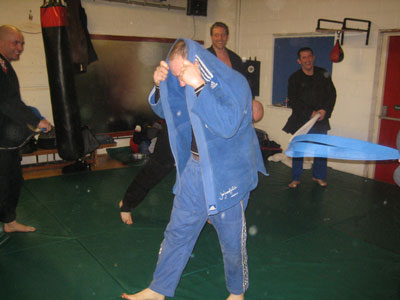 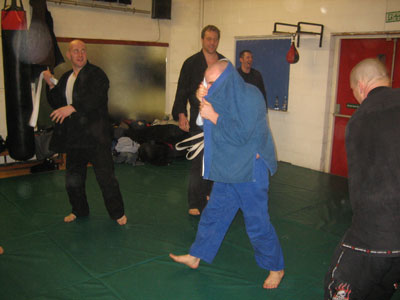 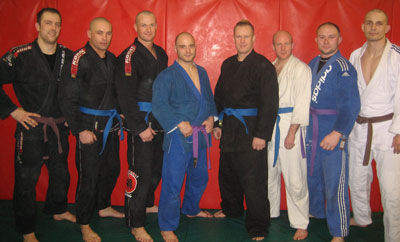 All the new belts in Ripley at the BJJ course, congrats to newly promoted bluebelts Neil, Christian, Dave, and David and to purple belts Mark and Robbie!